Since founding the charity in 2009, our work in communities has resulted in us holding a number of safety conferences. 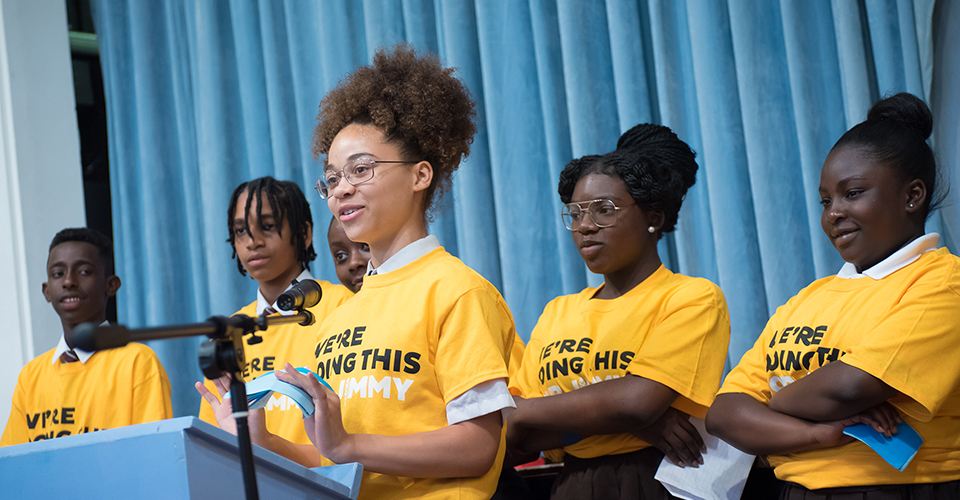 Many young people do not have an accessible forum in which they can express their safety concerns to those who have the power to implement change. They are often not consulted, and even more rarely do they participate in, or lead on, the process of raising concerns or following through with positive social action.

These conferences not only aim to discover the concerns of young people, they also empower both them and others to act on their behalf. The outcome of the conferences sees For Jimmy holding those in attendance accountable and helping to support and facilitate the change the young people want to see.

A new series of safety conferences were held in partnership with Addey & Stanhope School in Deptford. Some of the issues that were raised and later presented at the conference included anti-social behaviour, public drug abuse, violence, a mixed relationship with the police and a lack of access to information and support. You can read more about our Deptford Safety Conference and the outcome of our work here.

“It is so important that young people are given the opportunity to share, in a safe environment, their concerns about their local community. It’s equally as important that we, as adults, act on those concerns, where at all possible.”